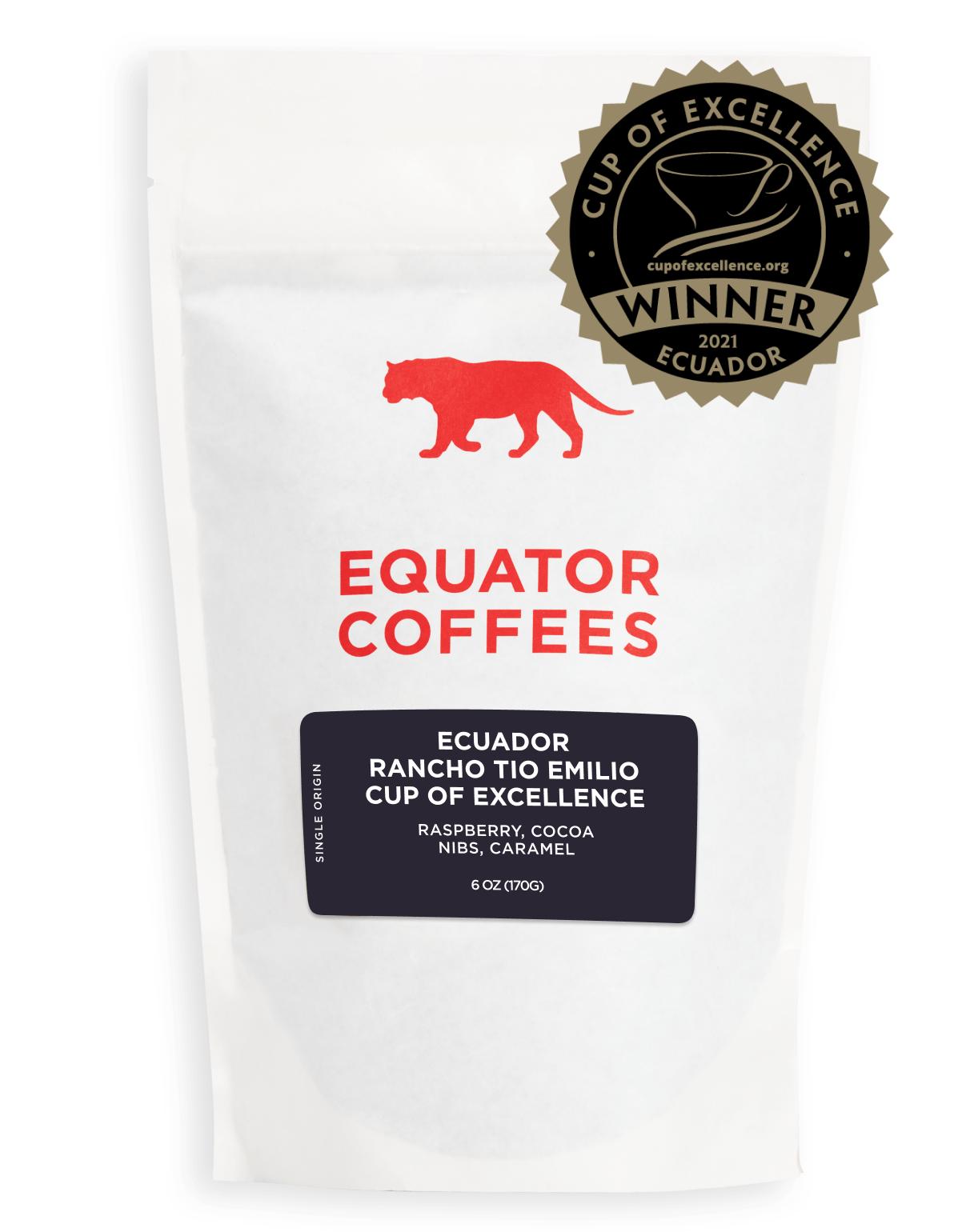 Complex and distinctly fruity with flavors of raspberry, cocoa nibs, and caramel.

This coffee from Rancho Tio Emilio, a farm located in the Pinchincha region of northern Ecuador, placed 16th in Ecuador’s coveted annual Cup of Excellence competition. Farm owner José Gaibor is an infant heart surgeon and lives in town during the week. José's late father was named Emilio Gaibor, and this farm is named in his honor. José’s brother Henry and Henry’s wife Verena oversee the daily operations of Rancho Tio Emilio, as well as their own farms, Maputo and Hakuna Matata. A few years ago, we purchased a coffee from Finca Maputo that placed in the Taza Dorada, which was Ecuador’s national coffee quality competition prior to the inaugural Cup of Excellence competition last year.

The couple met in Bujumbura, Burundi, in 1996 when they were both volunteering for Doctors Without Borders. Henry is a veteran war-trauma surgeon from Ecuador and Verena is a war nurse from Switzerland, and they met in the field during a humanitarian crisis in Burundi. In 1998, the two of them returned to Henry's home country of Ecuador, where they managed a clinic in Quito for 13 years before deciding to switch careers and devote their time to coffee. Henry is extremely methodical and just as dedicated to his coffee production as he used to be about his medical profession, and Verena's management skills clearly show her training and efficiency as a nurse under extreme pressure.

The area of La Perla, Nanegal, where Henry and Verena produce their coffee has a specific microclimate with relatively high humidity, cool nights, and low altitude for Ecuador. This combination of environmental factors gives their coffees a unique flavor profile. The coffee we purchased is a honey processed Sidra variety lot. Sidra is a relatively newly discovered hybrid between Red Bourbon and Typica first identified in Ecuador that features a distinctive flavor profile, which is attributed to it acquiring the sweetness and body of Bourbon and the vibrant acidity of Typica.