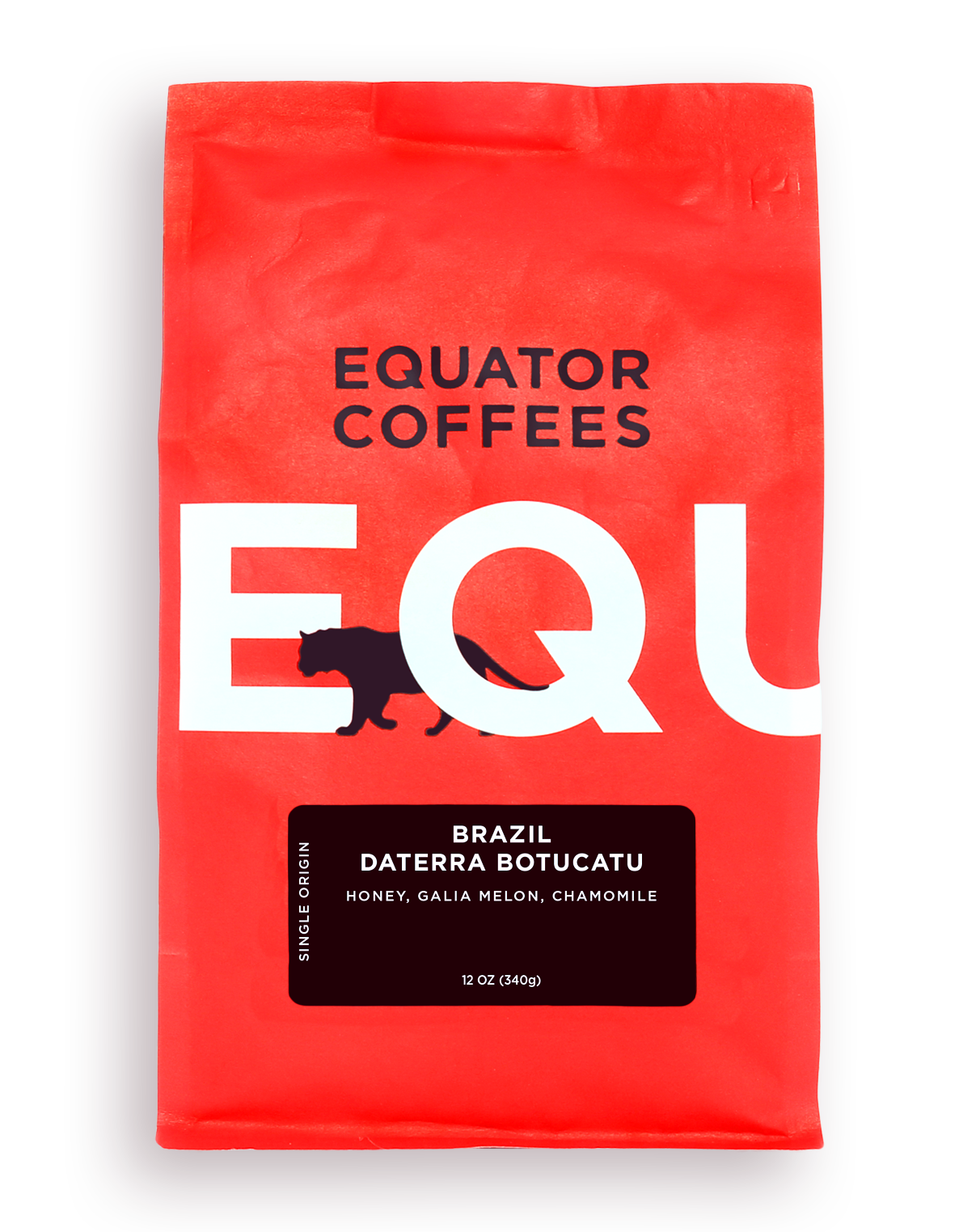 A delightful coffee great for pour overs with notes of honey, Galia melon, and chamomile

Juicy, with flavors of honey, Galia melon, and chamomile.

We are pleased to present Botucatu as part of a collection of coffees from Daterra, a fellow B Corp certified coffee farm located in Brazil’s Cerrado growing region. Four coffees from Daterra will be featured in all Equator’s San Francisco Bay Area cafes during the month of February 2020. We worked with another B Corp-certified partner, Sustainable Harvest Coffee Importers to bring the coffee to the US. This is the first time coffee has been handled entirely from seed to cup by a completely B Corp-certified supply chain.

With a family history in Brazil dating back to the early 20th Century, Daterra’s modern incarnation began in 1976, when the family’s entrepreneurial spirit led them to agricultural endeavors, including coffee farming. Meaning “from the earth,” Daterra was founded with the idea of always offering the best coffee, while also keeping sustainability of people and planet in mind. Daterra was the first coffee farm in Brazil to become Rainforest Alliance certified, solidifying its environmental and social credentials.

Daterra is a large coffee farm, but it also has the sophistication and expertise to produce microlots of outstanding quality. Daterra maintains a secondary micro mill on the farm to process smaller lots and keep them separated from their larger production. Botucatu is a great example of their focus on quality, it will be featured as a pour over option in all Equator cafes for the month of February. Named Botucatu, after a university town in Brazil of the same name. The city derived its name from the native Tupilanguage’s word for “good wind." Botucatu is known for daily winds that blow over the São Paulo plateau, winds which cool the city and surrounding area.