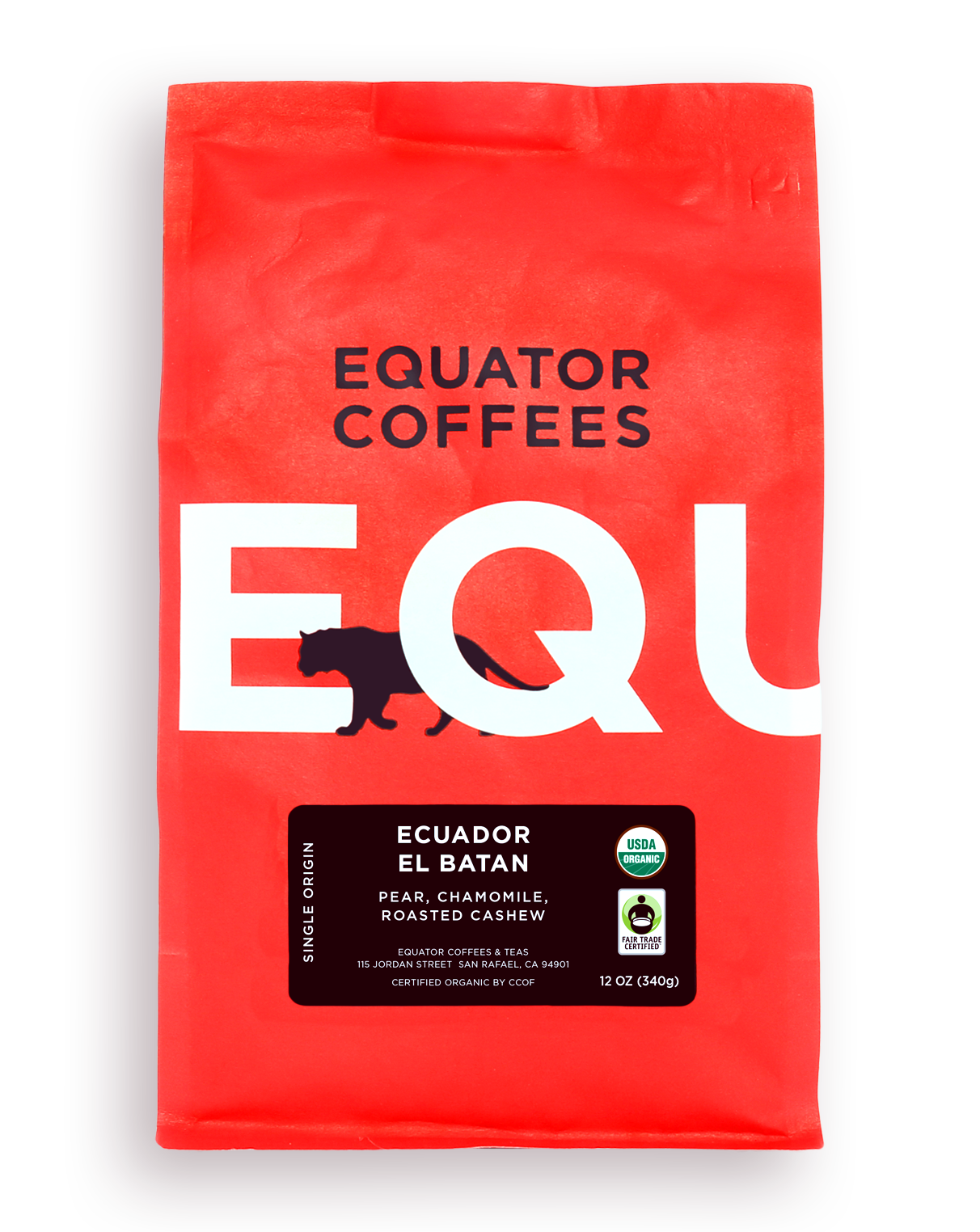 Delicate and sweet with flavors of pear, chamomile, and roasted cashew.

We are excited be offering Ecuador El Batan once again, and continue one of Equator’s oldest relationships that began nearly fifteen years ago! The village of El Batan is located high in the Andes mountains in southern Ecuador, where a handful of smallholder farmers, each cultivating just a couple acres of land, live and grow coffee. A community organization founded in El Batan was established in 1986 by a group of women who came together to find ways to earn income for their families. What started with just three women, quickly grew to thirty. The group was able to take out small loans to start enterprises such as growing and selling yucca in the local market. Years later, the group became the foundation for the coffee farmer cooperative we know today.