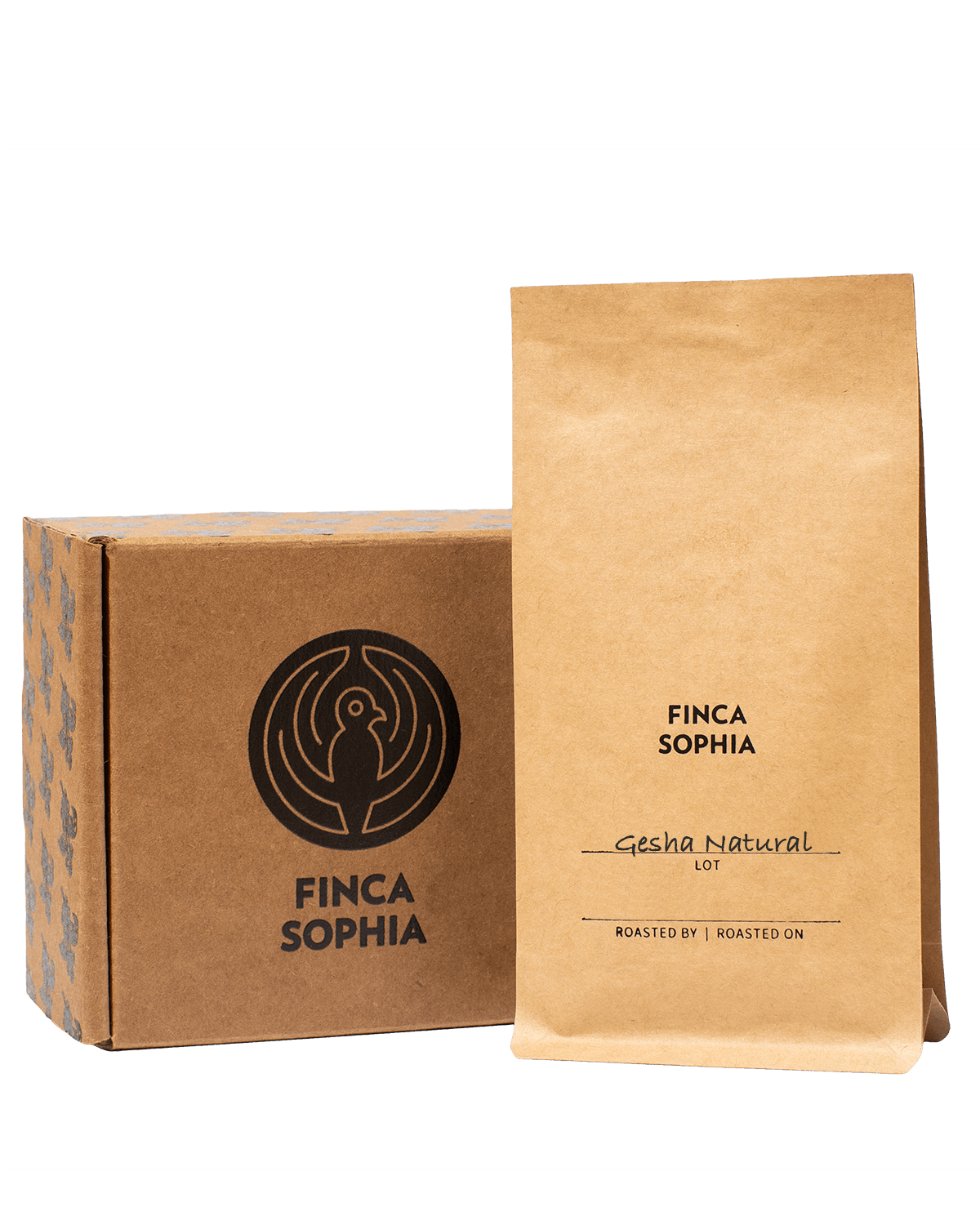 Finca Sophia is a coffee farm co-owned by Equator Coffees. The farm is located in the highlands of Panama at an altitude that tops 2,100 meters, making it one of the highest farms in Central America. Founded in 2008, Finca Sophia is planted almost exclusively with the rare and celebrated Gesha variety. Pairing this legendary coffee variety with the extreme altitude at the farm, results in a one-of-a-kind coffee. Our first harvest of Finca Sophia was selected as a 2016 Good Food Awards winner, and if that wasn’t enough, Finca Sophia has also won the prestigious Best of Panama coffee competition in the Washed Gesha category twice, in 2017 and 2020. A similar lot to this natural processed Gesha took second place in last year’s Natural Gesha category! Unlike the washed method where the coffee fruit gets pulped off of the seeds after harvesting, in the natural method the fruit is left fully intact and dried on raised beds, imparting distinctly fruity flavors into the coffee.