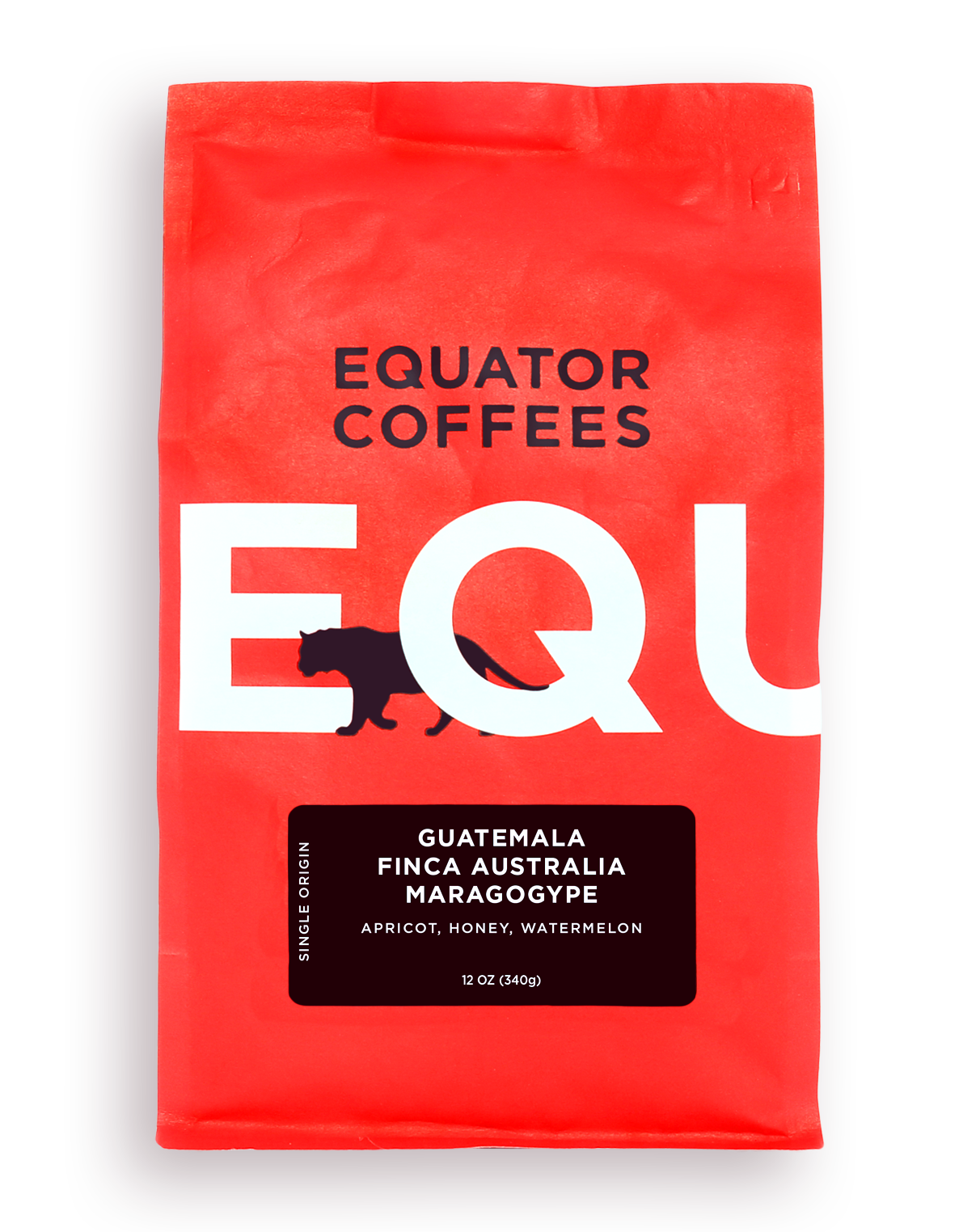 Finca Australia has been a working farm since 1867! The farm has belonged to members of the MacKenney family for three generations. Luz de MacKenney is the current owner, where she pursues her dual mission of producing great coffee while also preserving the natural environment. A huge section of the farm, over 620 acres, remain as dedicated virgin forest preserve, and all of the farm’s agricultural practices are designed to minimize environmental impact. The farm’s systems help maintain and improve the consistent, and excellent, flavor profiles Finca Australia has become known for.

Finca Australia is located in the San Marcos region, which has some of the highest rainfall totals in Guatemala. This lot is made up entirely of Maragogype variety coffee, which produces an extremely large bean. It is a natural mutation of the Typica variety, first discovered in Brazil near the town of Maragogipe, in Bahia state. The variety has since been propagated in countries throughout Latin America, including Finca Australia.