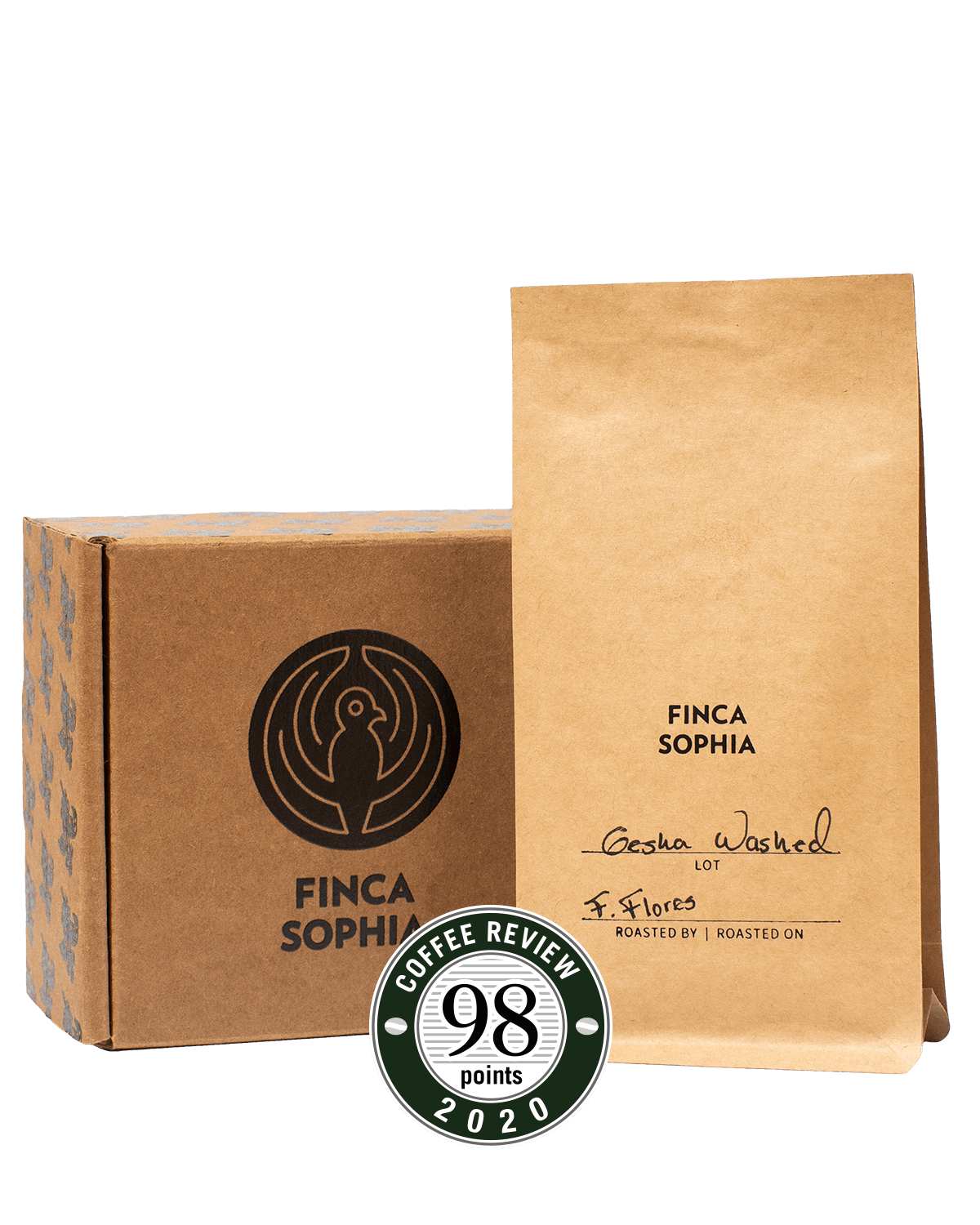 We're thrilled to announce that Finca Sophia won multiple awards at the prestigious Best of Panama competition! Including first place in the Washed Gesha category. The award winning lot sold at auction for a record-breaking price of $1300.50 per pound! The lot that we offer here was produced at Finca Sophia under similar conditions as the lot that won the competition.

Finca Sophia is a coffee farm co-owned by Equator Coffees. The farm is located in the highlands of Panama at an altitude that tops 2,100 meters, making it one of the highest farms in Central America. Founded in 2008, Finca Sophia is planted with the rare and celebrated Gesha variety (also known as Geisha.) Pairing this legendary coffee variety with the extreme altitude at the farm, results in a truly unique coffee. In addition to Finca Sophia's 1st place Washed Gesha win in the Best of Panama competition, the farm also placed 2nd in the Natural Gesha category, and if that wasn’t enough, it also won the competition's Panama Cup for best overall farm of the year! With these awards, and the farm's first place Washed Gesha award in the 2017 Best of Panama competition, Finca Sophia now clearly ranks as one of the best coffee farms in the world.

Finca Sophia is considered an experimental farm and was established to test the ceiling of coffee cultivation in Panama. While higher elevations promote slow fruit maturation and high quality, it also presents a myriad of challenges for coffee producers. On Finca Sophia, cool soil temperatures slow the natural decomposition process of nutrient rich organic matter in the soil. Limited sun exposure due to the farm’s topography and the region’s microclimate also pose challenges, but farm manager Kelly Hartmann and his team have implemented creative strategies to increase the temperature of the soil. Shade management and application of fertilizer is critical to ensure the coffee plants get enough nutrients. Having insight into the challenges faced on Finca Sophia gives us even greater appreciation for the hard work and dedication that goes into producing this special coffee, and all the coffees that we source.